List of Accredited Green Flag Trails  - Please note the atlas and individual trail pages are currently being updated as we migrate our website to a new platform. Please visit again on 28 February 2022 for the full list of trails.

Green Flag Trails is active in the countries listed below. We are continually adding new regions to the atlas. Please click here to find out how you can bring Green Flag Trails to your country.

It goes without saying that, as with downhill skiing, rock climbing or white-water kayaking, you’ll enjoy a trail more if it matches your fitness level and technical expertise. However trail grading is difficult not just because it is subjective but because there are many intangible variables – your fitness, health, age and mental toughness and externals such as the weather, environment, surface and trail conditions. The load you are carrying is significant and even the layout of a trail can influence your perception of tiredness: having constant variation and interesting features keeps your mind off fatigue.

Energy use as yardstick

The difficulty rating methodology uses a unique calorie approach based on the energy expended by users on the trail. The most accurate way of grading a trail is to calculate the effort (i.e. energy expenditure) required. This is the basis of the difficulty grading system for the national system of audited, well-maintained trails known as Green Flag trails. As part of the Green Flag initiative Prof Leon Hugo of the University of Pretoria used VO2Max tests in the laboratory and data collected from hikers in the field to develop a scientifically calculated, ten-point effort scale divided into four bands – Easy (1 to <4), Moderate (4 to <7), Difficult (7 to 10) and Extreme (10+).

Of course it’s not the numbers that are important. It’s the relative difficulty that counts. So you need to calibrate yourself on a graded hike and then use the scale for comparison purposes. If, for example, you struggle on Day 1 of the Whale Trail, rated as ‘difficult’ 7.5, the good news is that it gets easier each day with Day 5 being a ‘moderate’ 3.4. But you probably don’t want to be signing up for the six-day Swellendam Trail, which has three extreme days (rated 9.7-10+) unless you get a bit fitter!

The time you take to do the hike is irrelevant because at the end of the day the person running the trail (and then resting for a long time) will have used as much energy as the slow hiker who arrives later in the day – though the runner might feel more wear and tear in his/her joints.

South African Army figures show that you exert nearly twice as much energy walking in loose sand (x1.9) as on a path. So if you’re doing a beach hike aim to walk around low tide!

Technical difficulty – is the trail scary?

The technical difficulty of a trail (in terms of rock scrambling, exposure etc) is also important – particularly if you’re unsteady on your feet or are scared of heights. In conjunction with the Mountain Club of South Africa a technical grading scale has been developed: (see illustrations below).

The graph below is used to indicate the various degrees of difficulty by referring to it as: 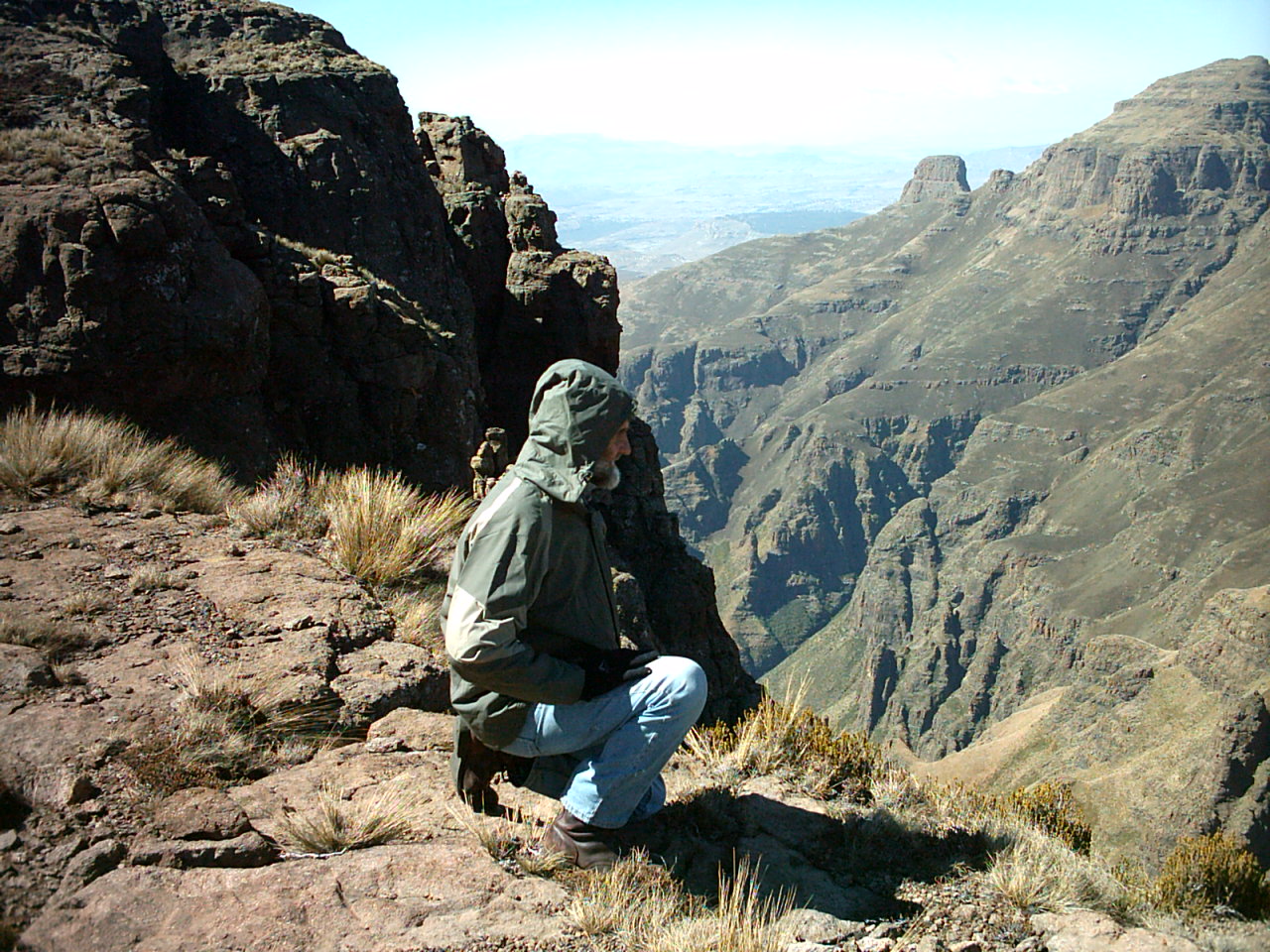 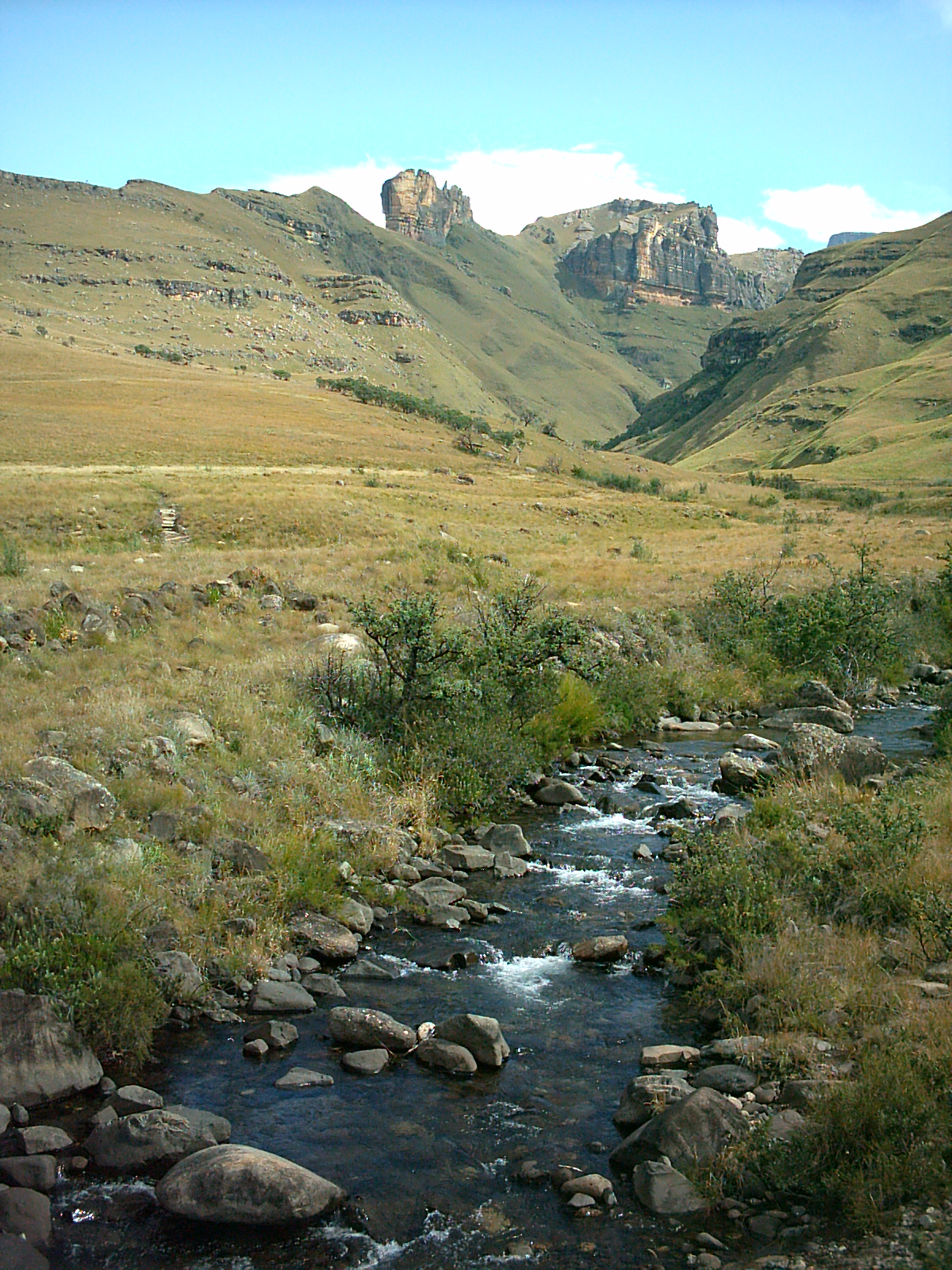 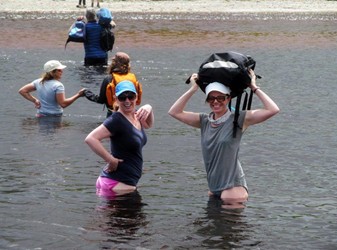 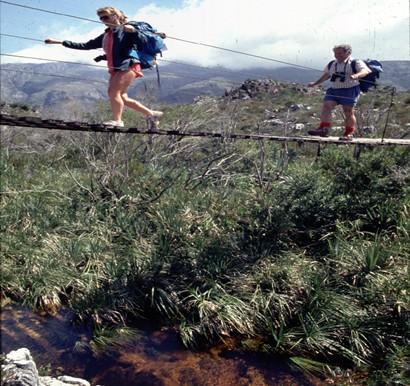 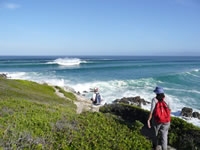 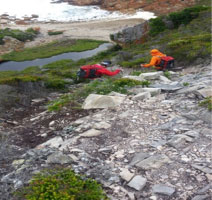 2a) Scramble – Slide down/climb up a steep slope 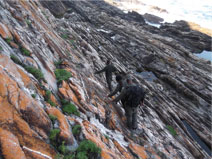 2b) Scramble – Use hands for support 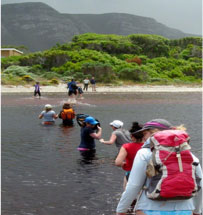 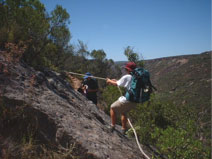 3a) Climb – Ropes/chains required to hold on to 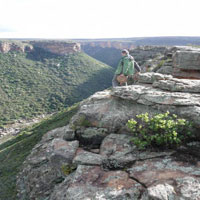 3b) Climb – Trails run near edge or scary heights 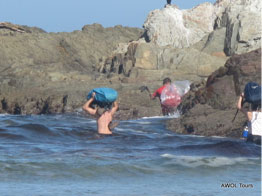 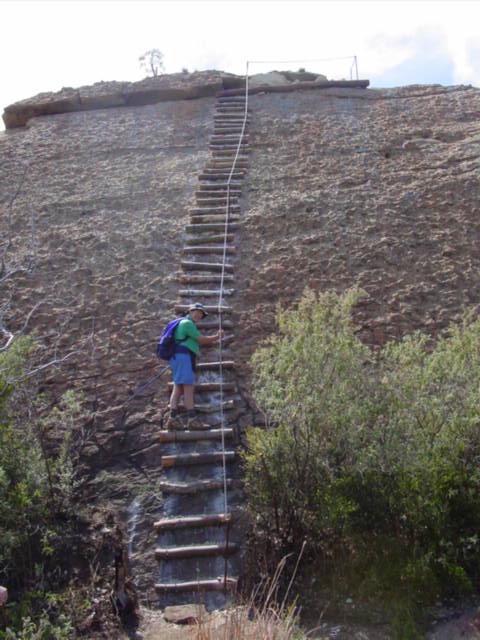 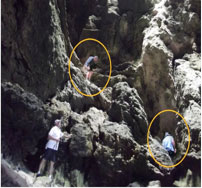 Hugo, M.L 1999: Energy Equivalent as a measure of the difficulty rating of hiking trails. Tourism Geographies 1(3):1-15

Hugo, M.L 2000:A Comprehensive Approach towards the Planning, Grading and Auditing of Hiking Trails as Ecotourism Products. Current Issues in Tourism (lead article) 2(2 & 3):124-136